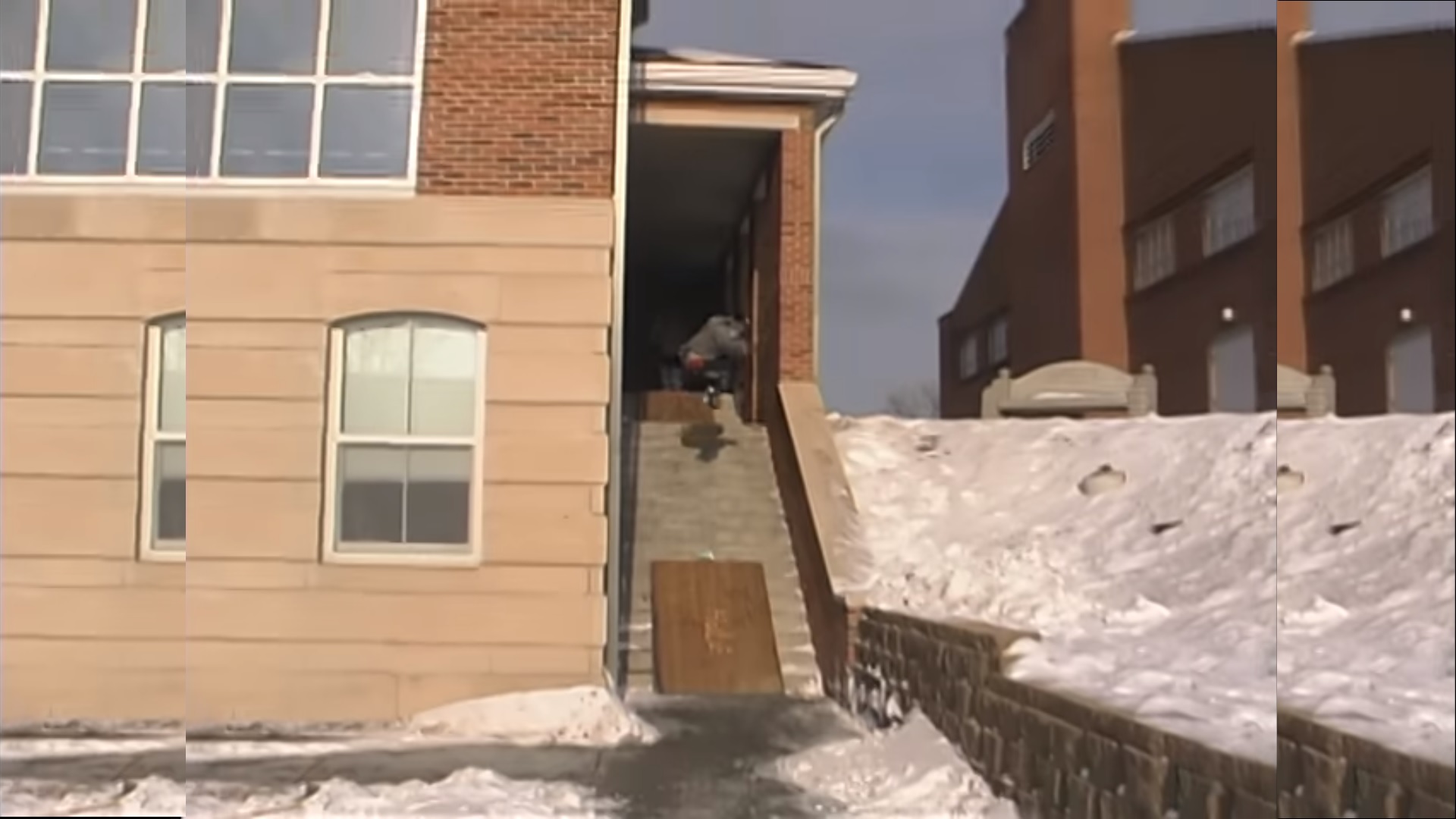 Jeromy Morris and Todd Blubaugh throwing down some absolute hammers in their The Moment section! Rollerblading all throughout the year and even shredding the streets in the snow which is some decent dedication, man.

The Table Gap to Top-Mistrial 180 down the handrail was rad as hell (and so was the X-Grind!). Also that Fakie 360 “Wallstall” on the fence in the skatepark was super steezy! ?

Anyway, Vibralux did a great job to release this retro piece and now all I want to do is hit up the streets for a session!

“Keeping with the theme of hype edits and never released projects, this was a pump up reel for Jeromy and Todd. Coup de Tat had just came out and Todd freaking loved that Smashing Pumpkins song. The dramatic “Ok Let’s record this.” was from Todd on the soul to soul rail to ledge transfer. We had filmed over 75 prior to that 🙂 and we were definitely recording.”